Posted at 10:47h in Press by targetmarket 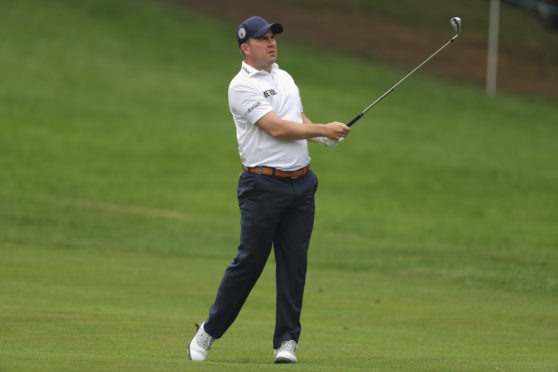 Ramsay birdied the final two par fives on the West Course, being one of the few to take on reaching the 18th in two, to finish with an opening 69. He thinks the work done to the course – especially the installation of a SubAir system that literally sucks excess moisture off the greens – has been inspired.

“I know they spent a lot of money on it but it’s been totally validated because it’s in tremendous condition,” he said. “The greens are some of the best we’ll putt on in the UK.

“I heard the thunder last night and it must have been quite a downpour, and in previous years that would have been an issue here, but it’s testament to what’s been done here that it wasn’t.”

Certainly the green SubAir outlets at each green were merrily buzzing away all day, but Richie is also impressed with other work done on the course and is a fan – a rare one, it has to be said – of the remodelled 18th.

“I cut a driver around the corner and hit a rescue to 40 feet, nice little putt up to gimme range,” he said of his birdie there. “That rescue has a little higher flight and I don’t mind that high cut shot.

“I think it’s a great last hole because you can hit it over the corner and make three, or if you don’t commit to your tee shot you can make a hash of it. That’s what you want at the end, to be challenged.”

Marc Warren also birdied the last to finish with a one-under 71, but he didn’t play it quite as seamlessly.

“Poor drive, tugged the second into the greenside bunker, nice bunker shot to five feet and holed it,” he laughed. “Just how you’d draw it up.”

Warren had got to three-under at one point but admitted he was “scoring better than his ball-striking” which he was never quite happy with. A double bogey at 15 was even “pretty much expected” the way he had been playing, so a 71 was a more than acceptable finish.