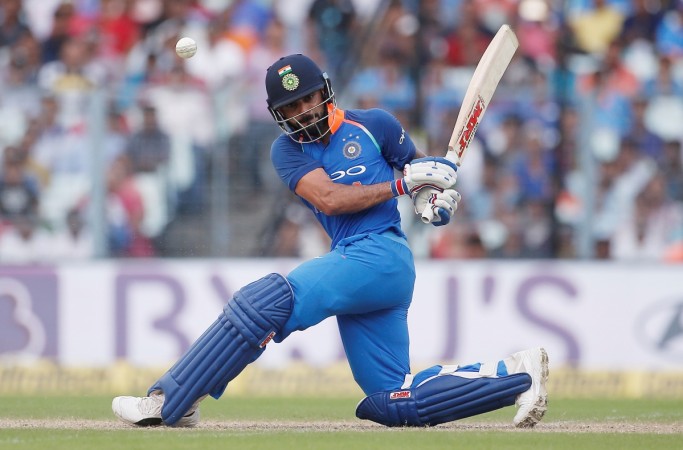 Posted at 12:47h in Press by targetmarket

The 22-yard pitch is often under the spotlight ahead of any international match. It was no different at Bengaluru’s M Chinnaswamy Stadium before India-Austraila fourth One Day International. With heavy rains in the city over the last couple of days, fans are concerned about the fate of the contest tomorrow (September 28) and the state of the pitch. Virat Kohli-led India have already sealed the five-match series 3-0 with wins in Chennai, Kolkata and Indore.

The Karnataka State Cricket Association (KSCA), the host of the day-night match, however, is confident of a result-oriented game on a “sporting wicket” on Thursday. KSCA is expecting a full house despite tickets of Rs 5,000 and above denominations still available online on Wednesday (September 27) afternoon. “Rain has not hampered pitch preparations much. Our aim is to provide the teams a sporting wicket. The pitch will be hard,” R Sudhakar Rao, secretary of KSCA, told International Business Times, India on the eve of the match. Bengaluru’s Chinnaswamy Stadium pitch had a history of assisting batsmen but that trend changed this year during the Indian Premier League (IPL). Home team Royal Challengers Bangalore (RCB) struggled with low scores in IPL 2017. The playing surface for India-Australia game is likely to produce 260 to 280 runs, according to Sudhakar. “It is a hard wicket. We can expect a score of 260 to 280,” he said. Due to showers, the outfield has slowed down and even if there is rain during the match, the SubAir system will help resume the contest in 20 minutes from the time rain stops. “Due to rains in the last couple of days, the outfiled might be slow but there is no threat for the match tomorrow. Even if there is rain during the match we can restart in 20 minutes from the time rain stops,” Sudhakar said. In May this year, Kolkata Knight Riders (KKR) were saved by the state-of-the-art SubAir system, installed at a cost of Rs 4.5 crore. Captain Gautam Gambhir had lauded KSCA as KKR defeated Sunrisers Hyderababd (SRH) in a rain-affected Eliminater match.

“The SubAir system automatically kicks into action the minute it starts raining, thereby not allowing any buildup of water on the outfield. It quickly removes standing water (36 times faster than drainage by gravity!) virtually eliminating the need for extended game delays or cancellations due to wet outfield conditions.” “So in reality, it could rain at 2AM on the day of the match, yet, without any manual intervention, the suction system gets activated through signals from the remote sensors embedded in the field. Water begins to get evacuated at the rate of over 10,000 litres/minute, from the moment it begins to rain,” said KSCA.