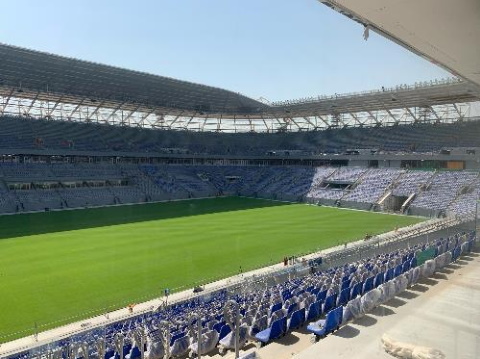 Posted at 09:18h in Press by targetmarket

Graniteville, SC (August 18, 2021) – With the 2020 Olympic Games complete in Tokyo, the eyes of the sports world turn to another major international competition, the 2022 World Cup, being played in Qatar from November 21 to December 18, 2022.

SubAir Sports Systems and their patented technologies have been chosen to support all eight of the stadium venues. The U.S.-based SubAir team—in partnership with its European distributor, Bernhard and Company—has been coordinating with World Cup representatives over the past 24 months to provide eight custom systems that meet the individual demands of each venue.

“The expectations set forth by the governing body are clear,” said Trey Crabill, Vice President, Sales of SubAir Systems. “The players are to have the highest performing pitches in the world, the games are to be played when scheduled without delays or cancellations, and the spectator experience will be electric as the most talented footballers in the world compete for soccer’s greatest prize. SubAir meets these criteria.”

All eight stadiums are in a year-round arid, desert climate, each with its own microclimate. Doha, Qatar’s capital city, will stage events in three separate venues. Opening ceremonies and the final match will take place in Lusail Stadium in the coastal city of Lusail, 14 miles north of Doha’s city center.

“SubAir Sport Systems have already been proven in every kind of climate. Besides the World Cup stadiums in Russia (2018) and Brazil (2014), our systems are in place in soccer and football stadiums around the globe,” said Brad Dennis, President, SubAir Systems. SubAir’s proprietary TurfWatch Technology ensures that each system is programmed to meet the needs of the individual microclimate within each stadium. The wireless in-ground sensors and adaptive technology of the SubAir Technological Systems guarantees that ideal pitch performance requirements are met as the SubAir Systems automatically adjust to live pitch conditions. Moisture, oxygen, and temperature will be monitored and controlled to ensure soccer’s most elite players are safe while competing on the most ideally conditioned pitches in the world.

Other recent SubAir installations in elite venues include: 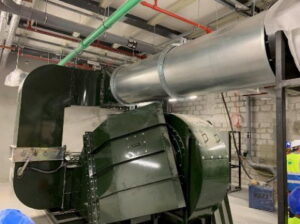 The World Cup
The World Cup is the most prestigious association football tournament in the world, as well as the most widely viewed and followed sporting event in the world. The cumulative viewership of all matches will be in the billions with an estimated 715.1 million people—more than a 10th of the planet’s population watching the final match on December 18.

The 2026 World Cup will be jointly hosted by Canada, the United States, and Mexico and will be the first World Cup to include 48 teams.

About SubAir Sport
The SubAir Sport system is an essential component of turf-management equipment and technology. Combining engineering and agronomy with operations technology to create, monitor, and control the entire subsurface of the playing field to provide the best growing environment for natural turf.